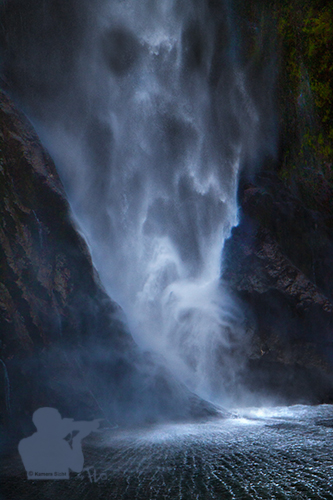 On a beautiful sunny day end of November 2015 I visited the Milford Sound in New Zealand (actually it is a Fjord, not a Sound). As I go on board on a ship to make a boot tour at the Milford Sound I had no idea, what will happen a few minutes later.

Suddenly and unexpectedly, for a brief moment, no longer than a blink of an eye, the sun eclipsed, and he was seen. Hidden behind a waterfall, Sauron revealed … or was it just the Witch-king of Angmar, or  a Nazgul?

No matter who it was, who was briefly seen, but in the land of Frodo and Middle Earth the Lord of the Rings is not finally defeated.