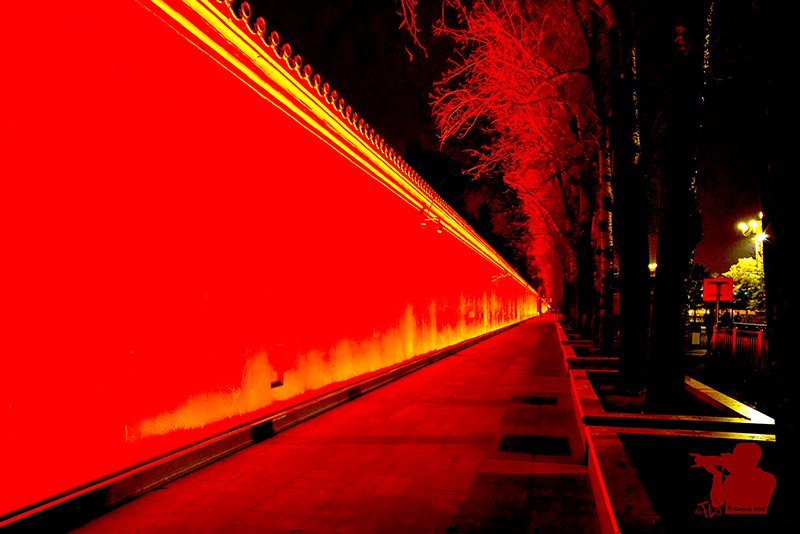 Everybody who has ever been to Beijing knows the Tian´anmen Square, the place of heavenly peace. And also the Tian´an Men, the Gate of Heavenly Peace, the main entrance to the Forbidden City. – By the way, did you know that this Mao portrait at the gate is the only picture in Beijing of Mao in public? –

Nevertheless for me the unending wall besides the Gate is much more impressive. This wall encloses the idyllic Changpuhe Park, before entering the Forbidden City.